Home / News / How to get rid of heartburn? 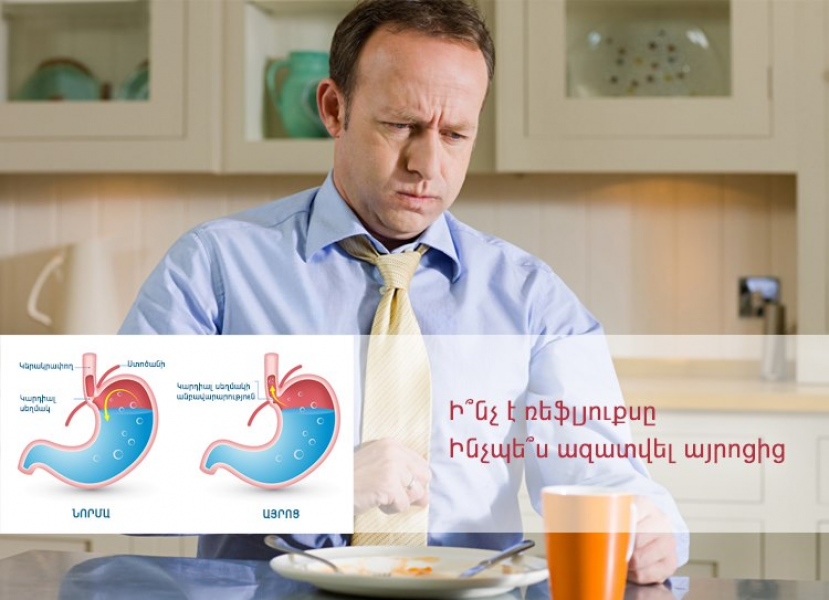 How to get rid of heartburn?

If you have ever had a burning sensation in your chest after eating a heavy, spicy or very fatty food, you are probably familiar with heartburn. Millions of people suffer from this unpleasant phenomenon, which is often caused by diseases of the gastrointestinal tract, including gastritis, ulcers, and acid reflux.

As a rule, the doctor prescribes medication for this symptom. However, a simple lifestyle change can help you get rid of heartburn. It is enough to reconsider eating habits, sleep regime, and tormenting heartburn will pass on its own.

What is acid reflux? What are the symptoms?

Acid reflux is a condition in which a small amount of stomach contents is thrown back into the esophagus. This is conditioned by that that cardial sphincter, which prevents food from returning to the esophagus, can be weakened and be opened for a long time.

Reflux is a safe condition if it is not repeated regularly. However, in case of frequent reflux, too much gastric juice passes into the esophagus, which leads to burning and painful sensations of the mucous membrane. Heartburn is often accompanied by a sour taste in the mouth, difficulty in coughing, and sometimes a cough or hiccup.

Other causes of heartburn

Some common foods, medicines that we eat and drink, stimulate the production of gastric juice, contributing to heartburn.

Here are some of them.

Smoking also leads to increased acidity. It reduces the cardiac pressure of the esophagus.

In addition, reflux can be caused by obesity, in which the stomach is pressed against the surrounding excess tissue.

If the recurrent irritations of the esophagus are ignored, the unpleasant reflux-esophagitis disease develops. It is a chronic disease in which ulcers or even bleeding can occur in the lower part of the esophagus. In this case, constipation occurs, as a result of which normal digestion is disturbed. In addition, changes in the cells can lead to the so-called Barrett's esophagus (abnormal pink mucous membrane in the esophagus) and even cancer.

How to get rid of heartburn?

Here are some helpful recommendations to prevent heartburn.