Home / News / The achievements of ‘‘Nairi-Coxa’’ clinic. Case from the clinical practice 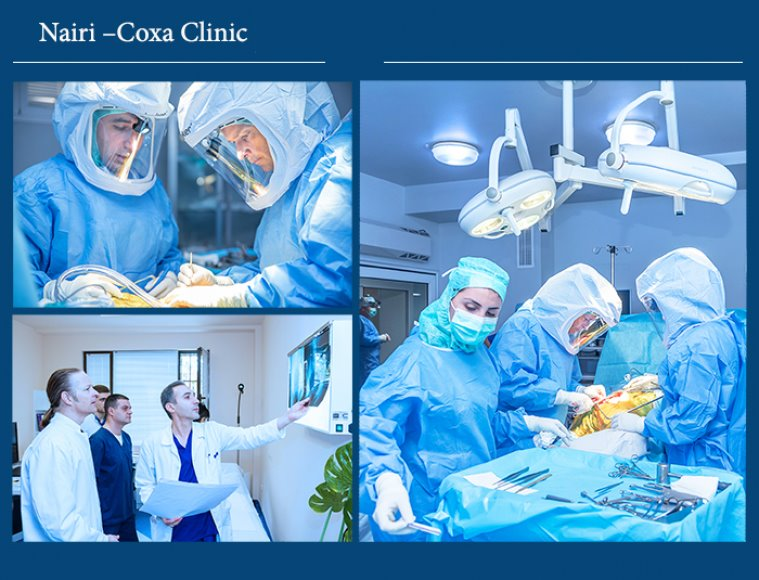 The achievements of ‘‘Nairi-Coxa’’ clinic. Case from the clinical practice

Endoprosthesis surgeries of joints are performed at the ‘‘Nairi-Coxa’’ Clinic. The clinic cooperates with the Finnish Coxа Clinic, which is specialized in endoprosthetics. In a short period of time the \clinic has achieved а great success by performing many surgeries of knee, hip and other joints. After the procedure, patients suffering from pain and immobility return to their normal life.

Patients are able to stand 2 hours after the surgery, 2-3 days later they can already climb the stairs and in 3 days they are discharged. Patients give up the crutches 6 weeks later. They undergo intensive rehabilitation treatment since beside the surgery, muscle groups development is also important.

The clinic is now operating on the most severe cases in Armenia and strives to restore the moving ability of patients, especially with revision cases, i.e. with the use of a new type of endoprosthesis replacement of the patient's prosthesis.

He suffered for years, attended various doctors and underwent surgery in different countries (Belarus, India), but they were not successful.

Our patient Aram told. "I twisted my leg and I knelt on the sidewalk while walking in Minsk in 2015. My knee was crushed. It was operated in Minsk, the bones were collected and fixed with titanium sheet, this is what they really did. After a year the plate was removed, but the pain persisted during walking. After a while, the doctors came to the conclusion that an endoprosthesis should be performed. As I had work cover insurance, I was referred to India for an endoprosthesis surgery.

The surgery was performed in China. Later, it turned out that an infection was introduced during the surgery which led to complications and pain. I returned to Armenia. We inquired and learned that this kind of surgeries were performed at ‘‘Nairi’’ Medical Center by Dr. Hrachya Harutyunyan. When I saw him, he immediately understood the situation and the examination confirmed his opinion. The doctor explained that it was impossible to solve the problem only with antibiotics and that the prosthesis should be also changed. Six months ago, the prosthesis was removed and a temporary spacer i.e. a simpler prosthesis containing gentamicin, was placed. In fact, it was treatment internally combined with intravenous injections and pills. When inflammatory process was excluded, it was decided to begin the basic revision prosthetic replacement.

The surgery was performed on March 19 during which a new prosthesis was placed. The new prosthesis, depending on patient lifestyle, might last 10-15 years. It is the recovery period now, it lasts 6-8 weeks. I am seeing a physiotherapist regularly, doing exercises to strengthen the quadriceps muscle and so to prevent the overload of the prosthesis. After that, the doctor advises to do only office work. After 3 months I will start working normally, but there will be restrictions like lifting no more than 50 kg. Taking into account that I have been in different hospitals for 5 years and communicated with different doctors, I can compare and say that I am very satisfied with Dr. Hrachya Harutyunyan. He is a high-level doctor and I wish him further success in his career. "I am very pleased with ‘‘Nairi’’ clinic, the staff and the management" Aram concludes excitedly.

"The story of another patient who applied to ‘‘Nairi-Coxa’’ Clinic can be seen here.