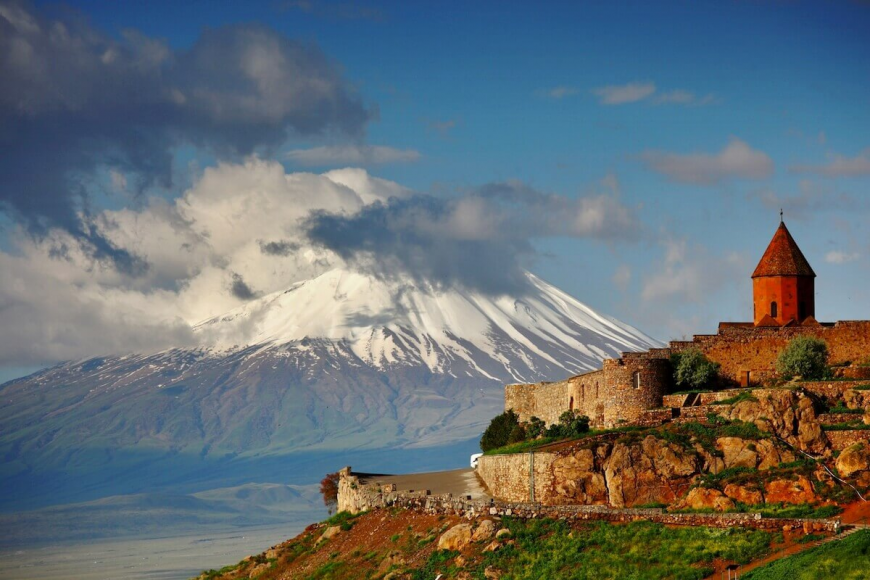 Armenia was the first country in the world to adopt Christianity as a state religion in 301 A.D. Christianity has played an immensely important role in the shaping of the Armenian people for over 1,700 years. Religion has been an essential part of Armenian identity and has reshaped the course of history.

As a matter of fact, Christian communities were established in Armenia way before Christianity was declared as the state religion. Since 40 AD, the preachings of Thaddeus and Bartholomew, 2 out of 12 apostles, have left the mark on Armenia.

Brief History of Christianity in Armenia

The story of Christianity becoming the state religion revolves around two central figures of Armenian history, King Tiridates III and St. Gregory the Illuminator. King Tiridates III (Trdat, in Armenian), ascended to the throne after his father, Khosrov II, and mother were murdered by Anak the Parthian. This same Anak was the father of Gregory, the latter being the only survivor of the family after they were all executed for the murder of the king.

Tiridates ruled well, driving enemies back and reestablishing peace within his kingdom. Roman alliances were forged, Persians were pushed out of Armenia, and all seemed well as he established his capital in the city of Vagharshapat. Meanwhile, Gregory was growing up in Cappadocia, educated amongst Christians. He married a devout Christian called Miriam and had two sons, before leaving to lead a monastic life, hoping to evangelize Armenia and atone for the sins of his father.

The Story of St. Gregory and Khor Virap

Arriving in Armenia, he sought to help the new king, and began working as a secretary within the army. Polytheism still had a spiritual hold of the nation at this time, and at a pagan festival he was ordered by the king to make an offering to the goddess Anahit. When he refused, citing his Christian faith, he was outed by his peers who told the king of his relation to Anak. Infuriated, Tiridates had Gregory tortured and thrown into a pit of the dungeon keep of Khor Virap.

Gregory was expected to die slowly from starvation, yet he survived thanks to the visions of a Christian widow. The widow had a strange dream with instructions to toss a loaf of freshly baked bread into the pit. Throughout the 13 years of his imprisonment in the pit, this woman fed him with a loaf of freshly baked bread on a daily basis. This action kept Gregory on the near side of starvation, helping him to survive. 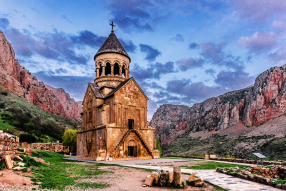 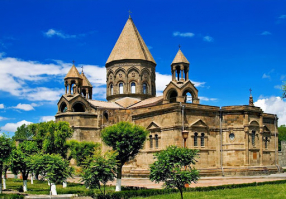 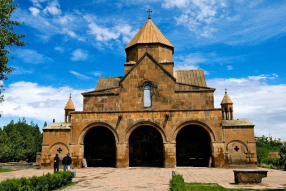 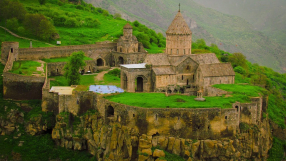 Declaration of Christianity as a State Religion

Throughout this time Tiridates was executing Christians throughout the nation which at some point drove him mad. One day the king’s sister had a vision in which God visited her and told her that the king’s only hope to be cured relied on Gregory. Thus, after long years of imprisonment, Gregory was taken out of the pit in order to cure king’s madness.
With the help of Gregory’s prayers the king was cured and from that point on he started helping the saint to spread Christianity throughout Armenia. Until later on, in 301 AD, it became the state religion.

Today, about 94% of Armenians are members of the Armenian Apostolic Church. This branch of the Orthodox Church has derived its faith directly from the apostles, Thaddeus and Bartholomew, who preached in Armenia during the first century. The Christian faith has shaped the Armenian culture so intimately that it permeates the very landscape of the country, with khachkars (cross stone carvings) strewn across even the most remote valleys, and ancient monasteries nestled on the peaks of mountains surrounded by breathtaking nature.